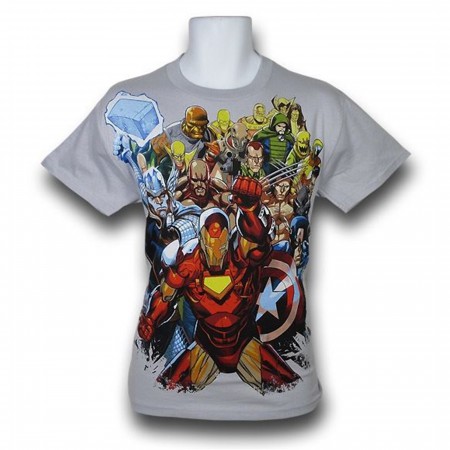 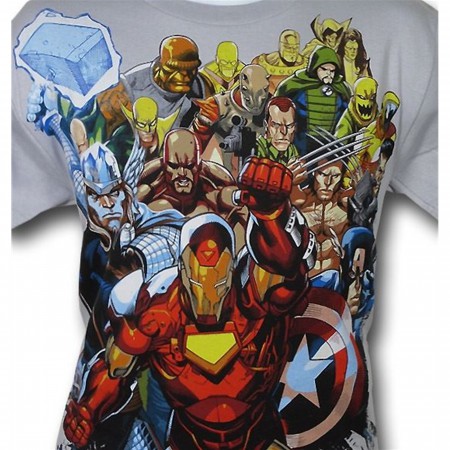 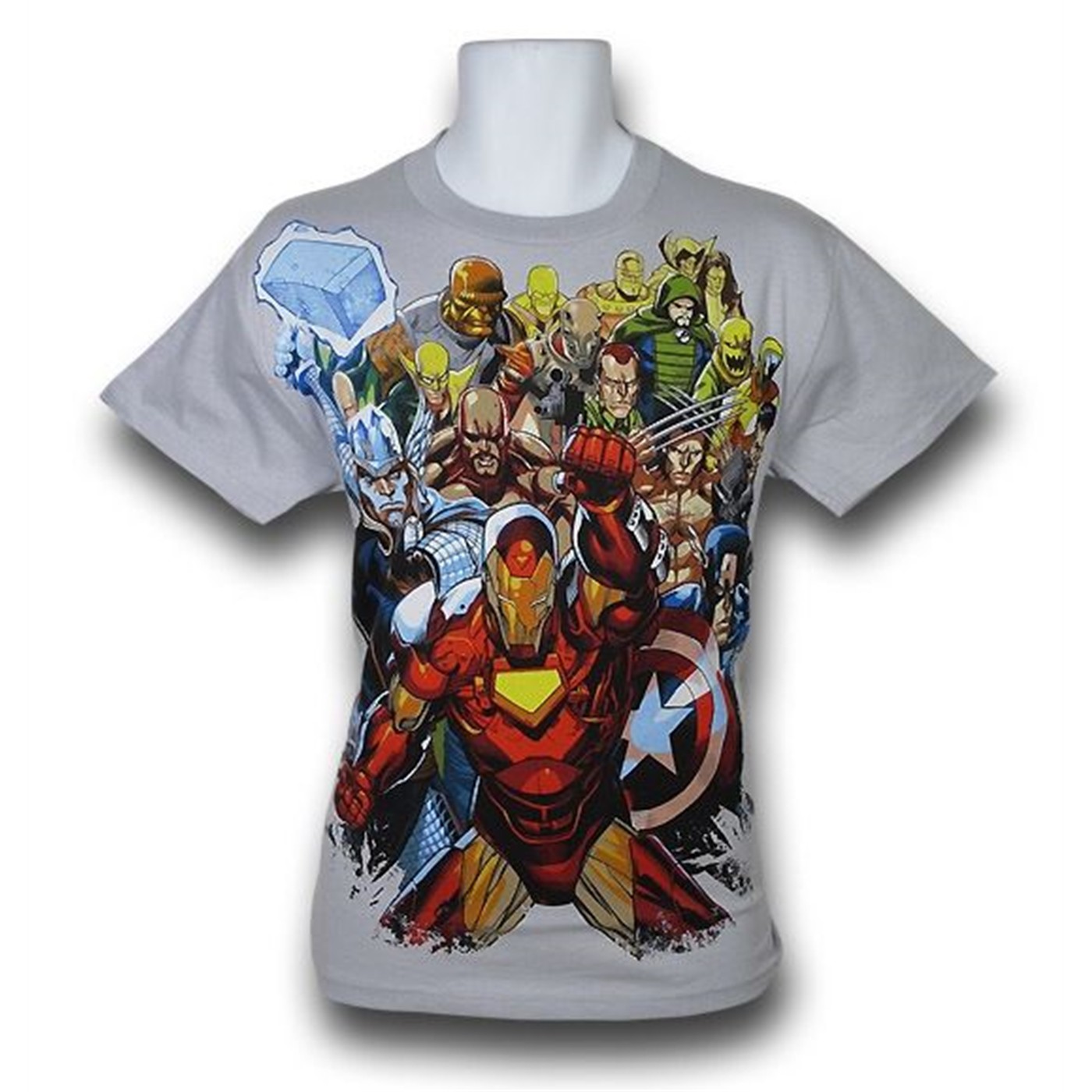 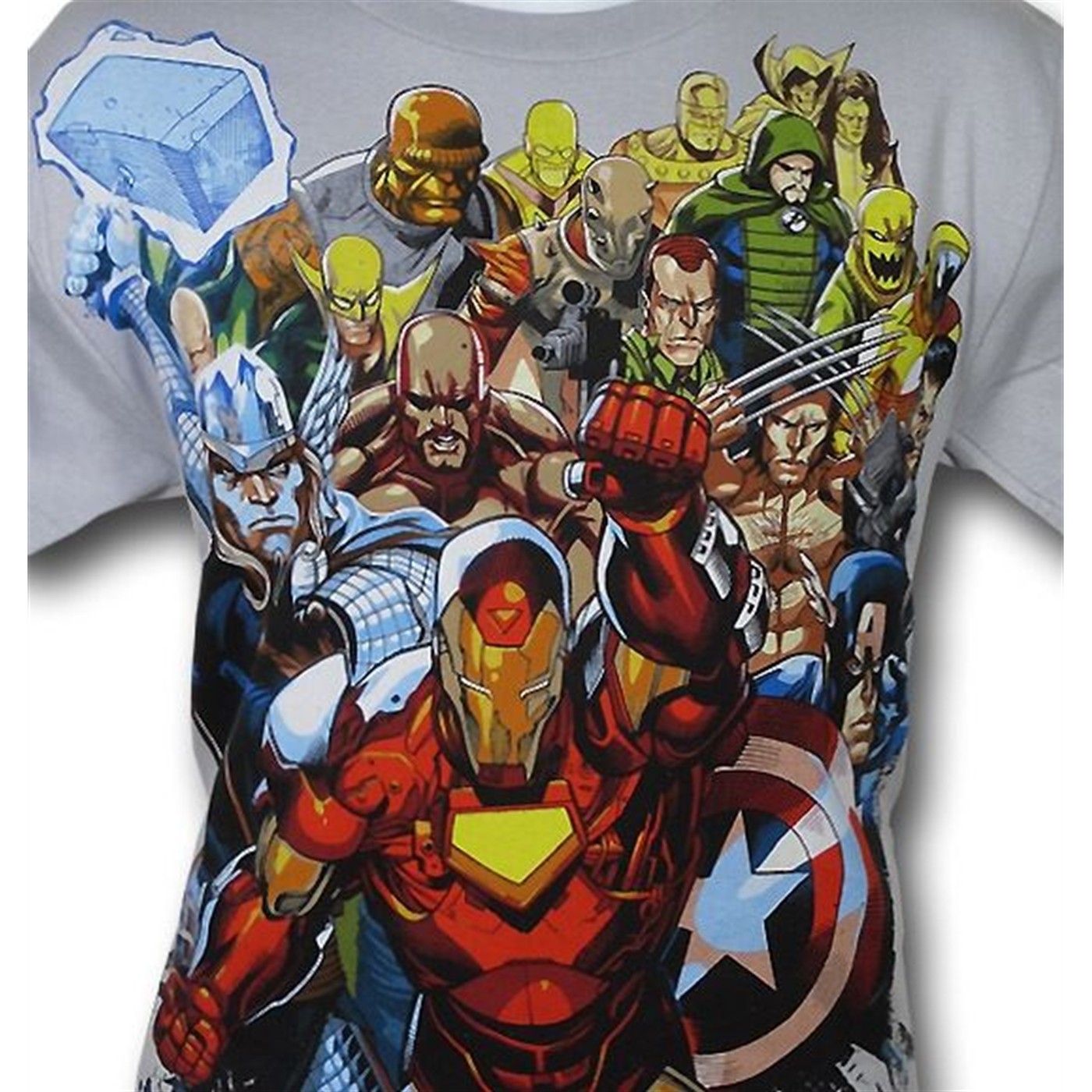 We are not planning on bringing this item back currently, but we'll let you know if that changes!

We’ll let you know as soon as the item is back in stock!

Made from 100% Cotton, this silver t-shirt features an image of  Marvel heroes united as they make their final stand against the war mongering, shape shifting Skrulls, taken straight out of the pages of the hit Marvel comic book mini-series, Secret Invasion!  Iron Man, with his armor and therefore his biology, infected with a Skrull born virus, makes what repairs he can in order to rally the disheartened heroes for one final confrontation against the newly revealed Skrull-sect of sleeper agents!  There's Thor, Luke Cage, Wolverine, Bucky as Captain America, Norman Osbourne and the Thunderbolts, Iron Fist, Madame Mask and Super-brow!  Super-brow?  This silver tee is an article of remembrance for the heroes who fought bravely that day against the Skrull insurgence...while you were playing X-Box or something.